Working for Art in the Classroom in the Times

Yes in between stuff I have been up to work for the Irish Times again through Muireann Lalor and have been handing in comic strips for the Art in the Classroom section. I was asked to do three sample strips for the supplement for kids to use as an example. I was given three art related jokes to do. Now kids are handing in their very own comic strips based on characters in the strips here. I know all very basic but apparently after seeing these they received loads of comic strips that's what I like to hear more comic artists giving it a go:

And I also did a colouring picture based on Gullivers Travels. 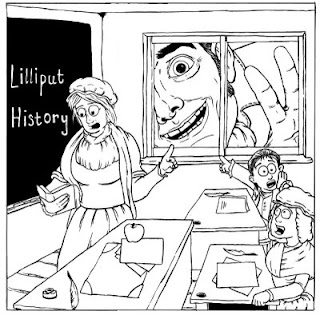