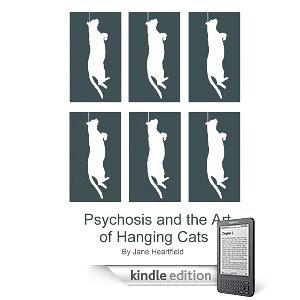 Hi there, um it's been a while but a friend of mine has written a book and published it on Kindle check it out on http://www.amazon.com/ for Irish or International people interested in reading it. And if you are based in the United Kingdom try http://www.amazon.co.uk/ for it.

It is called 'Psychosis and the Art of Hanging Cats' by Jane Heartfield. It is described as being 'half fact, half fiction, but which is which? It's a tragi-comedy memoir of drug induced psychosis, art, alcholism and recovery'. It's well worth a look.
Posted by Aidan Courtney at 11:05 PM

Email ThisBlogThis!Share to TwitterShare to FacebookShare to Pinterest
Labels: Books I am enjoying, Fiction