Caricature Type Drawing Thingy (I know, the title to this post is amazing)

So yesterday I was working on a wee editorial cartoon and it meant I had to do a drawing of Phil Hogan who is the Minister for the Environment.  I did the drawing outside the editorial cartoon because I realised I had made a little itty bitty mistake and needed to take another out and put Phil Hogan in.  So I drew Mr. Hogan and did some drawing surgery to get him into the cartoon.  I might put up the rest of the cartoon later in the week.  In any case here is the Phil Hogan bit.  He and well the auld water charges have been making the news lately. 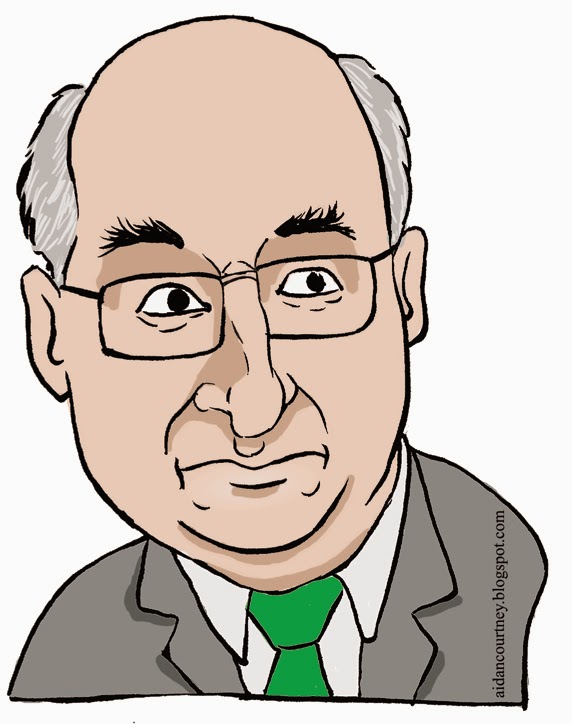 So there you go.  More doodles later in the week.
Posted by Aidan Courtney at 4:32 AM

Email ThisBlogThis!Share to TwitterShare to FacebookShare to Pinterest
Labels: Sketchy Sketchy, Work by me