I was asked to do a caricature of Jeff Raikes for Philanthropy Ireland recently that is going to be framed and given as a present to Jeff Raikes himself.  If you want to see how I came to a finished piece have a gander here.  These were all taken by phone as I progressed through so apologies for any lack of detail.

First I did a few different sketches of Jeff Raikes as a caricatured drawing.  Here are a couple of bits and bobs that popped up as I worked on the drawing. 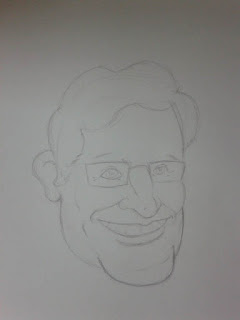 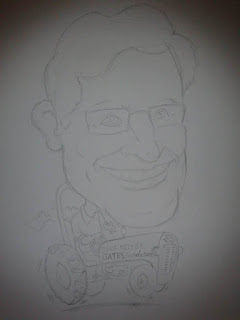 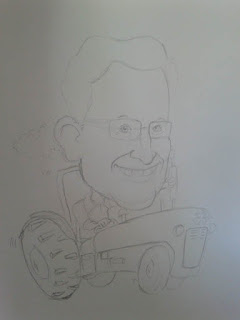 The third sketch and head is what was what was chosen in the end as a part of the original drawing.  Once the pencils had been done I inked the drawing.  Here is the inked version: 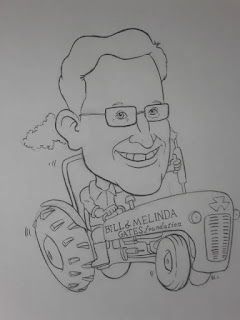 I did a digital edition if digital colour was needed to be done and just to make sure that I had a safety drawing to fall back on.  I was going to do a finished colour version with markers.  The digital version is below but also the finished coloured piece too.  It was framed soon after and I think sent to Jeff Raikes himself.  There is a caption beneath the drawing too that I added after finishing the coloured piece.  I really hope he likes it.  Thanks to Philanthropy Ireland for asking me draw the caricature. 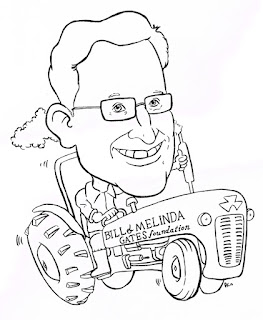 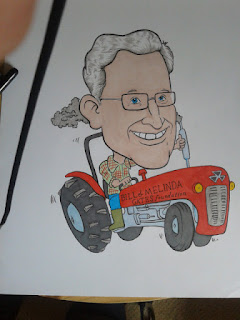 So there you go.  Cheers for having a gander.

Posted by Aidan Courtney at 3:34 AM